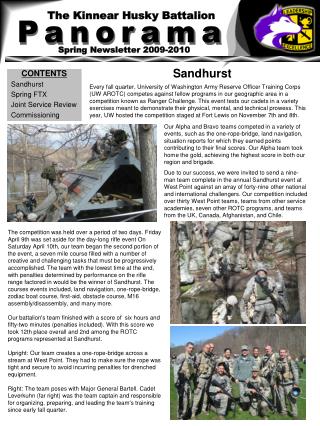 Husky - . they can come in different colors. husky can be mean or nice. husky are so smart they can stand on to feet.

The Siberian Husky - . their path to domestication. where did they come from?. originally, from you guessed it, siberia

The Lost Battalion - . world war 1 and the argonne forest. please pick up a paper on the front table. have something to

Husky Ready - . ensuring the uw of tomorrow by preparing for today. barc. business. academic. b. a. r. c. research.

Husky Ready - . ensuring the uw of tomorrow by preparing for today. barc. business. academic. b. a. r. c. research .

Siberian Husky - . by annika. mammal. it gives birth to live babies. it has fur. it breaths air and it has lungs.

Husky Welcome - . identify your academic, personal and career goals find ways that uwb can help you meet your goals

School Of The Battalion - . putting it together why right-sizing the companies is important by the right of companies to