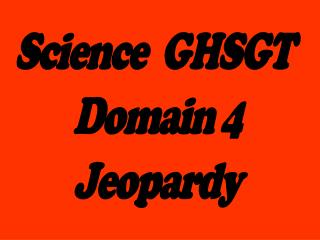 Science GHSGT Review - . biology. what is biology?. the study of living things what is considered living? anything that

Environmental Science Chapters 4-6 Jeopardy - . jeopardy. with your host, mr. c. what is our first topic?. “population,