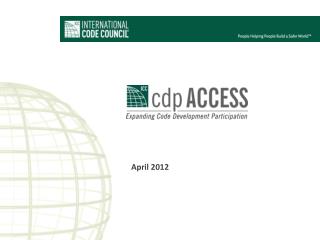 April 2012 - . mission. to provide capital (both human and monetary) to the underserved. our clients. +. no assets to

April, 2012 - . objective: students will identify civil liberties in the constitution and bill of rights guaranteed to