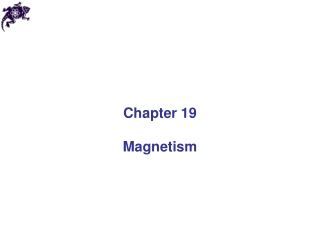 Chapter 19. Magnetism. Magnets. In each magnet there are two poles present (the ends where objects are most strongly attracted): north and south Like (unlike) poles repel (attract) each other (similar to electric charges)