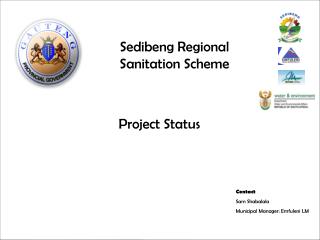 A Regional Initiative for Monitoring Access to Water Supply and Sanitation Beyond 2015 - . mohamed i. al-hamdi un

Sanitation in the Elizabethan Era - . from diets to waste, we’ve got the know how's, and the how to’s to get you in

SCHEME - . scheme is elegant, clear, small, and powerful programming language.  it is a dialect of lisp and can be