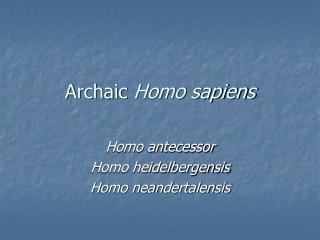 The People of Prehistory - . hunters and gatherers turn to farming. the first people. after scientists found remains and

Chapter 10 - . homo sapiens and the upper paleolithic. chapter outline. when did anatomically modern forms of homo