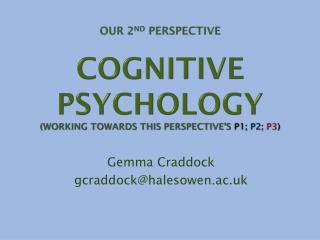 The Perspective of the Theology of Suffering - . in the vatican’s “charter for health care workers” &lt;

The Biological Perspective: Aggression and Free Will - . learning objectives. objectives identify some issues with

Do you have problems? - . thinking outside the box and putting things in perspective might help. here’s a little