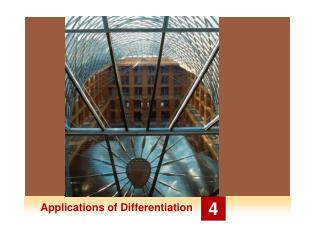 APPLICATIONS OF DIFFERENTIATION - 4. applications of differentiation. summary. if f’(x) &gt; 0 on an