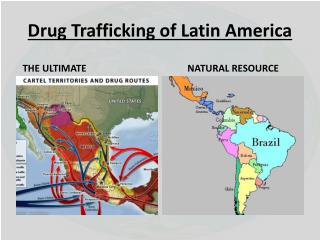 Latin America and the Caribbean - . regions &amp; landscapes and a brief history of the region. atlantic ocean. x. Mexican Drug War - . by: taylor conley and sheyla artiga. understanding the proble m. the mexican drug war is mainly due

Drugs and Drug abuse - . drugs and drug abuse has been a problem for america for quite a while now. but is it as bad here