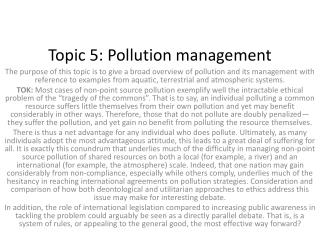 Topic 5: Pollution management. The purpose of this topic is to give a broad overview of pollution and its management with reference to examples from aquatic, terrestrial and atmospheric systems.