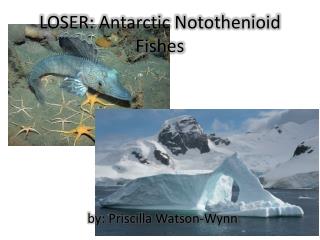 Cartilaginous Fishes - . cartilaginous fishes ( chondrichthyes) have a skeleton made not of bone, but of cartilage ,

Fishes - . yes, fishes is a word, it refers to many kinds of fish. - fishes. bony fishes. a bony fish has jaws, scales, a

The loser - . by: omar ahmed and mohammed aadel. chapter