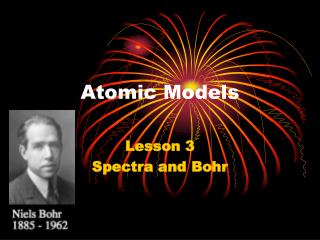 Atomic Models. Lesson 3 Spectra and Bohr. Objectives. You will be able to – Explain the conditions necessary to produce a continuous spectrum and a line spectrum. – Explain that each element has a unique line spectrum.

Section 1 Atomic Nuclei and Nuclear Stability - . chapter 18. bellringer. draw a picture of a helium atom and label the

Atomic Structure and Bonding in Materials - Primary concept to bonding in