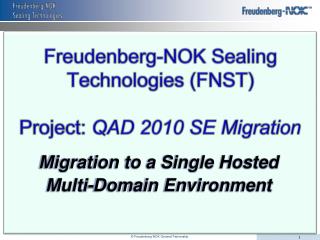 Labour Migration in the Slovak Republic and in the EU Member States - Bratislava, slovakia 14 december - 2010. meeting

Migration - . movin ’ right along…. distance of migration. migration: a permanent move to a new location emigration:

Ensuring a Healthy Life with Vacuum Bags - Well, thanks to the newer technologies and developments, as today even common

MIGRATION AND OTHER SOCAIL PROCESES - . saxie 2006. migration. 1. types of migration what are the major forms of

WHY USE A FLUID SEALING SPECIALIST? - . for safety &amp; reliability because……. fluid sealing has changed. as