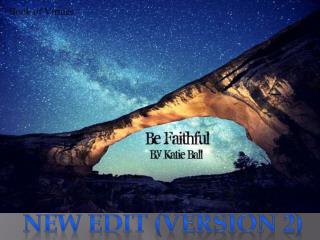 The EDIT Partnership - . the edit partnership. network of 25 taxonomic institutions with the aim to integrate research

Know: That images can be edited and combined to produce new images - Lo: be able to use a range of basic tools to edit an New Perspectives on Microsoft Project 2007: Creating a Project Schedule - . in this tutorial you will:. start a new