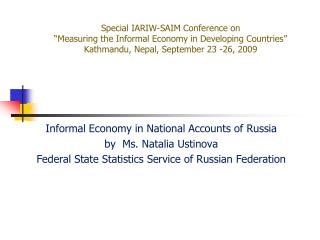 Overview of System of National Accounts (SNA) II. Introduction to SNA - . un statistical institute for asia and the

Forging the National Economy - Quickwrite : how did two of the following contribute to the reemergence of the two-party

How to set out an Informal letter - . (modern). informal or personal letter (modern). first write your address over here