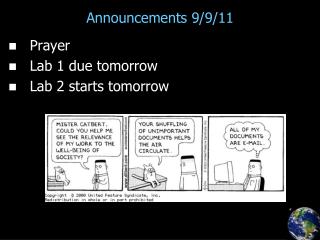 Parkside M.S. Announcements - . friday november 8, 2013 white day. announcements. be a star on the parkside stage! the

Public Service Announcements - . what is a psa?. public service announcements (psa) are typically broadcast or printed

Mar 24 ~ Announcements~ - . all items you’ve turned in have been graded and entered into the spreadsheet. homework for

DAILY ANNOUNCEMENTS Monday October 3, 2011 - . check out these same announcements each day on our website: go to

Announcements - . the second project p resentations are next time, wednesday april 30 at 4:30pm. if we don’t get