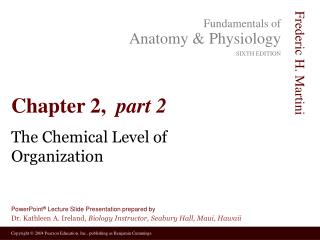 Chapter 2 Part 2 - . nomenclature (naming compounds) writing formulas. systematic naming. there are too many

Chapter 2 Part 2 - . nomenclature (naming compounds) writing formulas. systematic naming. there are too many compounds to

Chapter 2 / Part 2: Confirmation - . our study of the sacrament of confirmation gives us the opportunity to learn more

Chapter 2 Part II - . converting between units density temperature. rounding off. if the first digit to be removed is: 5

Chapter 24, part 2 - . the digestive system. section 24-2 the oral cavity. the mouth opens into the oral or buccal

Chapter 2 part 1 - . law of conservation of mass . dalton mass is neither created or destroyed in chemical rxns. law