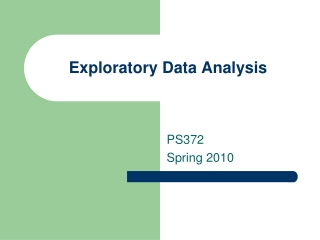 Exploratory Data Analysis - . statistics 2126. introduction. if you are going to find out anything about a data set you

Exploratory - . questions to think about!!!!!. what does the video tell us about exploratory learning? why does the