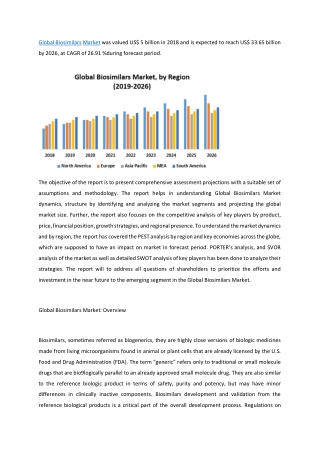 Global Biosimilars/Follow-on-Biologics Market 2013-2020 - To get details: