Look at it !!! - PowerPoint PPT Presentation 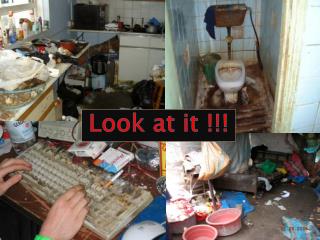 Look at it !!!. A Study On Hygiene At UMP KK1 Cafeteria. Introduction. Background Research Objective Research Question Literature Review.  Background. Hygiene level is a system of principles for the preservation of health and prevention of disease.