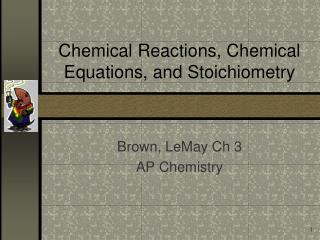 Chapter 4: The Mole and Stoichiometry - . chemistry: the molecular nature of matter, 6e jespersen/brady/hyslop.

Stoichiometry: Chemical Calculations - . chemistry is concerned with the properties and the interchange of matter by