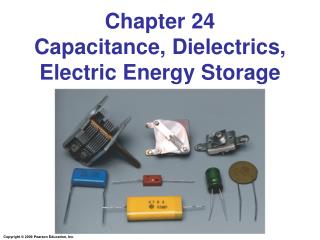 Chapter 22 - . gauss’s law. goals for chapter 22. to use the electric field at a surface to determine the charge within

19.5 CAPACITORS AND DIELECTRICS - Parallel plate capacitor consists of two parallel metal plates placed near one another