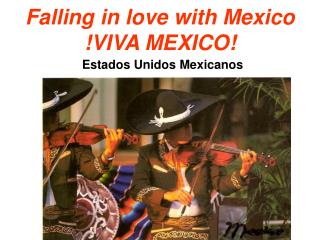 Falling in love with Mexico !VIVA MEXICO!. Estados Unidos Mexicanos. The distance between my birthplace Mlawa, Poland and Cholula, Mexico, where we live now is 13 750 km or 8 544 miles as the crow flies. The Mexican flag in the background of the Angel of the Independence column in Mexico City. CLA Headcount Increase Justification - . headcount requested : 21 ces for cla due to new business in mexico and

Mexico and the Cold War: The International Context of the “Perfect Dictatorship” - . halbert jones, ph.d. office of

Presentation of the KEY TO THE CITY of Soledad, San Luis Potosi Mexico - . who is basc?. a 501c3 non-profit organization

…exclusively for everyone… - . location. dzemul ~ yucatan ~ mexico. why the yucatan?. easy access from usa excellent