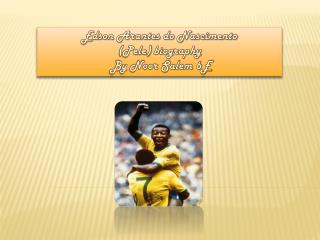 Edison Arantes do Nascimento - . “pele” king of soccer. who is he???. he is one of the world’s best soccer players.