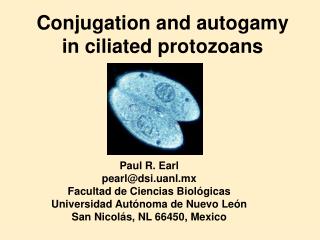 Conjugation and autogamy in ciliated protozoans

Conjugation and autogamy in ciliated protozoans

The Pearl - . john steinbeck. la paz, mexico on the pacific coast of the baja peninsula sometime around 1900. setting.

Día 49 AR Verb Conjugation - . calentamiento. make sure you picked up the piece of paper by the door. begin working on

Verb Conjugation In The Present Tense - . hobbies/sports. german vs. english. in german there is only one form of the

Conjugation for – er verbs - . verbs are action words and you cannot speak french without them!. there are three main