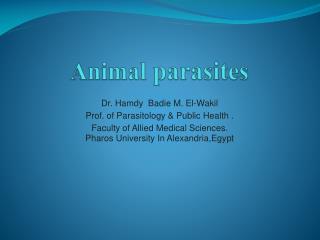 Animal mother and child - Adorable offspring in the animal

Which are the following are examples of fossils? - . shells or old bones any traces of dead organisms insects trapped in

Animal Nutrition - . 0. 33. food is taken in, taken apart, and taken up in the process of animal nutrition in general,

Animal Health - . parasites their life cycles and classification. infectious agents causing disease can be divided into