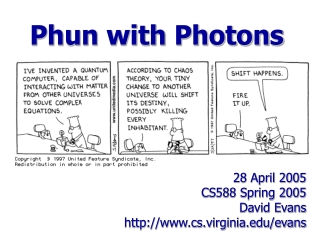 David Evans cs.virginia/evans - Lecture 22: objects. i invented the term object-oriented , and i can tell you i did not