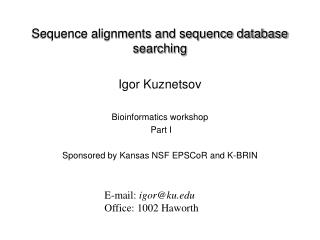 Complex networks are found throughout biology - . can we define the basic building blocks of networks?. generalize the

Sequence comparison and Phylogeny - . based on chapter 4 lesk, introduction to bioinformatics. contents. motivation