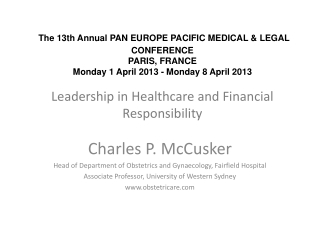 OBSTETRICS &amp; GYNAECOLOGY - . the residency choice for you !. “congratulations! today is your day. you’re off

European Board and College of Obstetrics and Gynaecology - . global challenges of hyperglycaemia in pregnancy and its

“The Future of Simulation in Obstetrics and Gynaecology” - . wmogt committee and bmogs invite submissions for an

Department of Surgery and Obstetrics - . submission of initial draft of self assessment report 30.03.2010 initial draft

Yorkshire Humber Deanery School of Obstetrics Gynaecology - Introduction 1. who is in charge of my training?what should