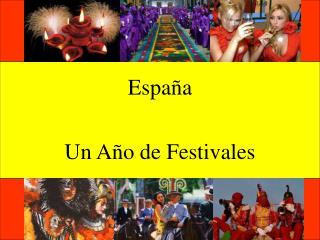 ESPAÑOL O INGLÉS - . cognates. what is a cognate?. a word in two languages that is similar in meaning and most of the

GALICIA, ESPAÑA - . espa Ña. there are 17 autonomous regions in spain . they are a total of 4 official languages espa

Reino de España - Kingdom of Spain is a country located in Southern Europe, - With two small exclaves in north africa