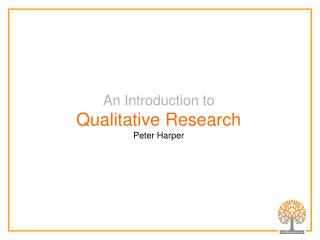 StoreTrader and Sage 50 - . sage 50 is a general accounting package for small businesses. the storetrader link with sage

One Book, One Harper - . the ballad of trenchmouth taggart by glenn taylor. what is one book, one harper?

To Kill A Mockingbird a novel by Harper Lee - . melissa buell’s student sample. our objectives. we read to kill a Part 3: Qualitative Research - . “i think metaphorically of qualitative research as an intricate fabric composed of