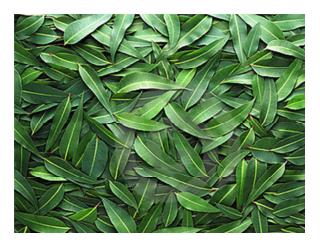 The symptoms of MRSA depend on where you're infected. Most often, it causes mild infections on the skin, like sores or boils. But it can also cause more serious skin infections or infect surgical wounds, the bloodstream, the lungs, or the urinary tract.

Though most MRSA infections aren't serious, some can be life-threatening. Many public health experts are alarmed by the spread of tough strains of MRSA. Because it's hard to treat, MRSA is sometimes called a "super bug."

MRSA is spread by contact. So, you could get MRSA by touching another person who has it on the skin. Or you could get it by touching objects that have the bacteria on them. MRSA is carried by about 2% of the population (or 2 in 100 people), although most of them aren't infected.

MRSA infections are common among people who have weak immune systems and are in hospitals, nursing homes, and other health care centers. Infections can appear around surgical wounds or invasive devices, like catheters or implanted feeding tubes.

How Can MRSA Be Prevented?

Take the following measures to reduce your risk of getting and spreading CA-MRSA:

Wash your hands on a regular basis. This is the first line of defense against spreading MRSA. Scrub your hands for at least 15 seconds before drying them with a towel.

Use another towel to turn off the faucet. It’s also recommended to carry hand sanitizer that contains 60 percent alcohol. This can keep your hands clean when you don’t have access to soap and water.

Keep your wounds covered at all times. Covering wounds can prevent pus or other fluids containing staph bacteria from contaminating surfaces that other people may touch.

Sanitize your linens. If you have cuts or bruises, wash bed linens and towels in hot water with extra bleach. You should also wash your gym and athletic clothes after each use. Dry everything in the dryer at high heat.

People with HA-MRSA are typically placed in isolation temporarily until there infection improves. Isolation prevents the spread of this type of MRSA infection. Hospital personnel caring for people with MRSA have to follow strict hand-washing procedures. Methicillin-resistant Staphylococcus aureus (MRSA) - . by: raigan chambers. what is

MRSA-staph - . a common sense approach to management november 1, 2007 (advance with mouse click or wait for automatic

Staph Infections including MRSA - . what is a staph infection?. staph. staphylococcus aureus , often referred to simply

Chapter 27 Methicillin Resistant Staphylococcus Aureus (MRSA) - . at any one time up to 50% of persons are asymptomatic

Community-Associated Methicillin Resistant Staphylococcus aureus (CA-MRSA) - . what is it ? how is it transmitted? how