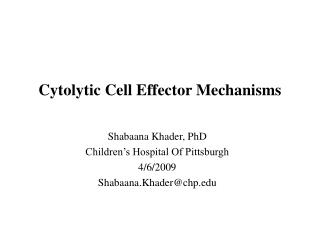 NEGATIVE REGULATION OF THE IMMUNE SYSTEM - . negative regulation in the immune system decrease of antigen concentration

Immunity to Infection 101 - . why do you need a “course” in immunology in order to understand parasitology? because

Diseases of the Immune System - . too little or too much. the normal immune response. innate immunity epithelial barriers