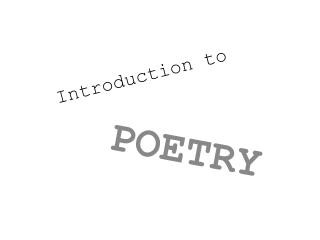 Introduction to. POETRY. So, ok. . What is this stuff?. From http:// www.interviews-with-poets.com. INTRODUCTION TO… - . what is a theory?. a set of concepts, definitions, relationships, and assumptions that project a