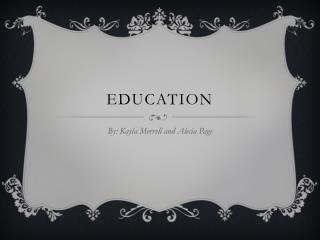 Education. By: Kayla Merrell and Alecia Page. First years. Petty School Open to most Bishop licensed teachers based on religious orthodoxy Focus on reading and writing so they could read the Bible Used an absey book/horn to learn to write.