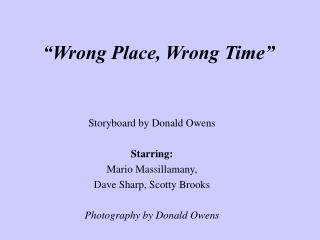 —the cuckoo clock.” - World innovation forum* (*modesty is everything) everything you thought you knew about

1. Reform - . the improvement or amendment of what is wrong or corrupt. 2. retro. to do again. 3. revolution. rapid

TRUE FAMILY VALUES - . “engrafting into the love, the life and the lineage of jesus and the holy spirit”. 1 peter 1:5

Who Wants to be a Miner? - . you will work in groups all groups play…in turn…out of turn scoring (in turn)…right

Microsoft Motion business architecture methodology - . what is microsoft motion? what is a motion project?. why do we

Digital Television - . it’s coming february 17, 2009. do you know where your programs are? . digital television. what

Operating a Camera - Whenever possible, the camcorder or eng/efp camera should be on a tripod. ... found on most

feedlot management and nutrition - What can go wrong in the feedlot. acidosisbloataipperitonitisfast pneumoniablackleg. .