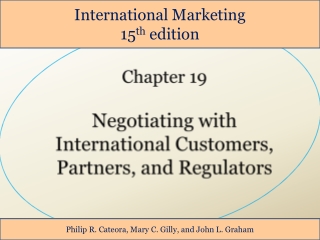 Location of Partners and customers - . who are our customers?. european space agency . since its start isi has built a

Negotiating with Savvy - . the pennsylvania state university. today’s topics. what you value your worth in the job

International Association of Taxi Regulators - . public affairs and media relations. “we have met the enemy and he is