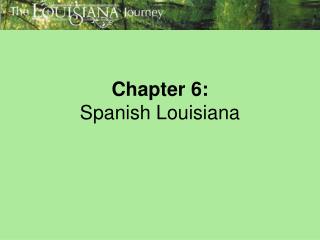 Chapter 15 Conquests in the Americas - . objectives. analyze the results of the first encounters between the spanish and

Dr. Neil Baum New Orleans, Louisiana - Practice management for the millennium how to improve the efficiency of your

The Louisiana Purchase - . eq: what was the importance of the purchase and exploration of the louisiana territory?. the