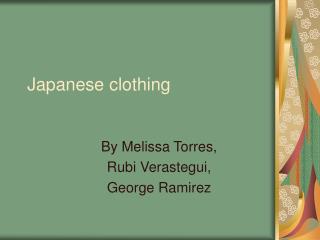 Japanese Clothing - . kimonos. the kimono is a traditional dress worn by japanese people. the type of kimono worn depends

Japanese Clothing Styles - See various styles of japanese clothing in this presentation. it shows how with the change in