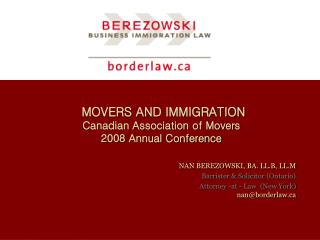 Qualified Association Packers And Movers Hyderabad - In the midst of relocation or moving, you move your family stuff,

Canadian Association of Movers Taking Your Company to the Next Level - . november 18, 2008. agenda. about scotiabank

Packers and Movers, Movers and Packers