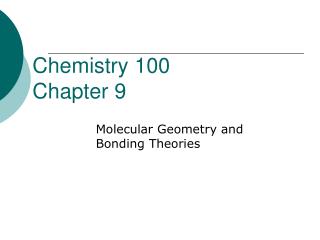 Chapter 9 – Chemical Reactions - . law of conservation of energy. energy cannot be created or destroyed but can change

Chapter 9: Chemical Equilibrium - . the forward and reverse reaction are both taking place at the same rate. production

Chemistry 100 - . understand the scientific method define and give examples of 3 states of matter distinguish between

Chapter 9 Chemical Quantities - . in order to avoid waste and to be economic, a chemist has to know how much to make, a