Heart and History of the Early Church - PowerPoint PPT Presentation 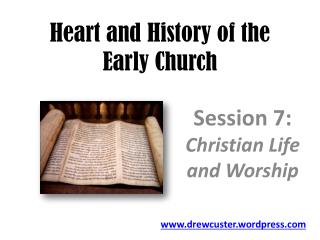 Heart and History of the Early Church Heart and History of the Early Church. Session 7: Christian Life and Worship. www.drewcuster.wordpress.com. The “Average” Early Christian. Most early documents from church leaders and involving conflict between church and government “What was life like for the average Christian?”

Heart and History of the Early Church

Chapter 20 The Cardiovascular System: The Heart - . heart pumps over 1 million gallons per year over 60,000 miles of

Ajagbe Samuel Olushola - Your church can multiply. ajagbe samuel olushola. the church is not a building. it is the

The Cardiovascular System: The Heart Anatomy - . 18. heart anatomy. approximately the size of your fist location superior

Heart - . anatomy of the heart with 2d animation note: by moving the mouse over the heart students will be able to hear