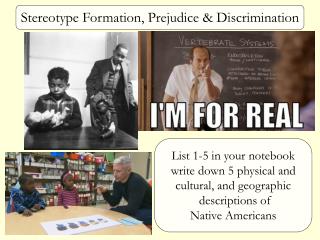 How much discrimination actually occurs? - Discrimination denying opportunities or rights because of prejudice (stemming

Advanced Placement Psychology - Social psychology : the study of how people influence, and are influenced by, other