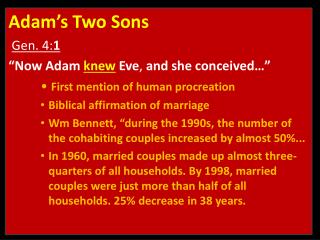 CDISC ADaM 2.1 Implementation: A Challenging Next Step in the Process - . presented by tineke callant 2014-03-14. agenda. Probability Theory: Counting in Terms of Proportions - . a probability distribution. proportion of males. height. the

clarian/adam - Integumentary system. http://www.clarian.org/adam. much of the text material is from, “principles of

Van Eyck’s The G hent Altarpiece panel with A dam and Eve And - Masaccio’s expulsion of adam and eve. jan van eyck,

CHAPTER 8 PHOTOSYNTHESIS - . section 8-1 energy and life. question of the day oct 25. which of the following organisms is

Next Generation VSTS and TFS (AKA VSTS past, present and future) - . adam cogan (adamcogan@ssw.com.au). goal: getting the