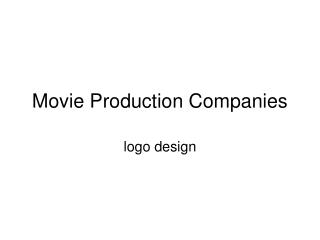 Presentation about the great movie of 2008 Journey to the center of the E arth - . by filiz ormancı. outline.

About The Movie… - Samson and delilah is a movie about two teenage aboriginals who leave home after tragedy strikes.

Jos Timmer Talks About Why some Movie Works and Others Don’t - Jos timmer had been a movie buff since his childhood. he Movie Review - . you are the movie critic. worksheet for gathering evidence for movie review. complete the worksheet