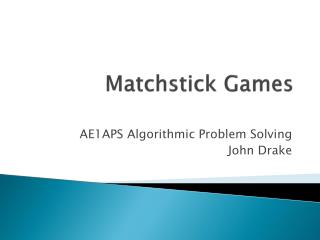 Games - May 19, 2010. games. why games?. sixty-eight percent of american heads of households play computer and video

GAMES - . video games rot your brain. if you don’t start playing educational games you will end up living in your

Games - . ahihihi. signal game. t wo groups compete against each other in this game each group forms a straight line an

GAMES - . tip: hold the first block at the sides by using your thumb and first finger. move your hand palm up, palm down,

Games - . adversaries. consider the process of reasoning when an adversary is trying to defeat our efforts in game

AMAZING WAYS TO GAIN WEIGHT FAST AND SAFELY - I prepared and stepped out of the house as my friend was waiting outside.