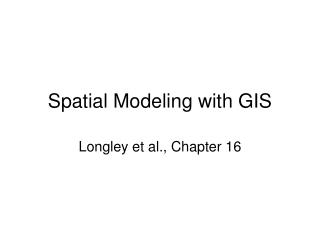 Spatial Data and GIS - . introduction. in many domains we process information in relation to its spatial location e.g.,

Modeling in GIS - . andrew t. rowan, ph.d. director, the gis center at stony brook. what is a mathematical model?. a