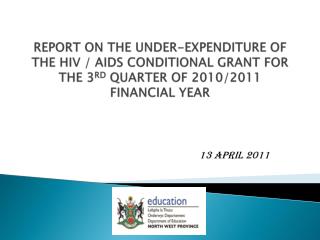 April 13 - . castaneda prongs “language as a theory of action” what else? what have we learned from the three

April 2011 - . disclaimer. this document comprises an institutional presentation (the “presentation”) which has been