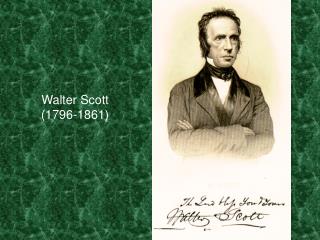 SIR WALTER SCOTT - . “oh, what a tangled web we weave when first we practice to deceive.”. a word of