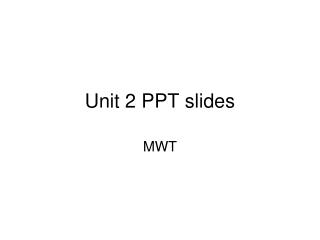 PPT 2 - - Social services, meeting the needs of service users – and the role of carers from the informal sector .

Workshop on Evaluating PPT Slides - . study the following slides from students’ presentations, and evaluate them using

SELECTED SLIDES FROM THE ORIGINAL PPT - . the framework convention on tobacco control and the evaluation framework to